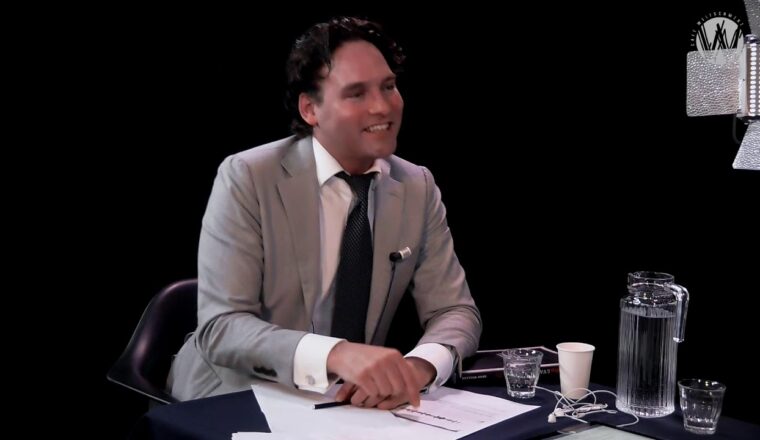 Arno Wellens is one of the very few independent journalists in the Netherlands with an in depth focus on the financial system. He talks with Paul Buitink about the current situation with Deutsche Bank, the European Banks and the Banking Union.
Wellens’ series of Dutch spoken analyses on the viability of the European banking system and Deutsche in particular are well watched in the Netherlands. Upon popular request, this conversation is done in English.
Wellens: ‘what the market is willing to pay for a share of Deutsche bank is now 80% below than their bookvalue which is what the accountants and auditors claim is the right price. What we see developing with Deutsche Bank is a confrontation between marketvalue and bookvalue, similar to what happened with Lehman Brothers’.
Wellens delivers a Dutch accountant-turned-journalist perspective on the current state of the European banks, where the healthiest banks appear to be located in countries not using the Euro.
There’s three groups of counties in Europe right now. The ones that did not have a banking crisis, the ones that took care of the previous crisis themselves and then there’s three countries in Europe that were officially not allowed to be designated as ‘crisis countries’, because they were the core: France, Italy .. and Germany.
So in walks the banking union in a blatant violation of the Maastricht treaty. Wellens: ‘we are being manipulated quite a bit and I can actually prove it’.
Bekijk deze video op YouTube:

“Don’t push me, cause I’m close to the edge…” -Grandmaster Flash & The Furious Five