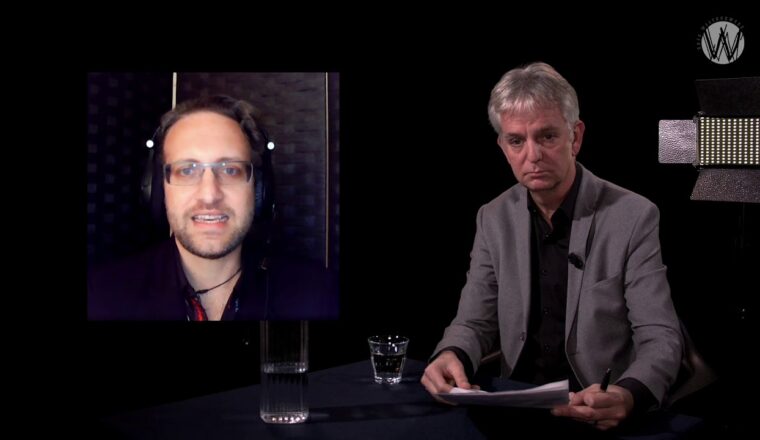 (U kunt in YouTube de Engels gesproken tekst in het Nederlandse ondertitelen)
When Zach Vorhies realized that his employer Google were going to not only tamper with the US elections but use that tampering with the elections to essentially overthrow the United States, he decided to blow the whistle. He took the evidence he had gathered to the department of justice and came forward through project Veritas in august of 2019, where those documents still can be found online.
Zach has since been talking about the implications of what he saw happen at Google to the press. He figures it’s them who’s breaking the law, not him and his best chance of making it through unhurt and the story be heard, was to tell and retell it.
In this interview with Rico Brouwer of Dutch online channel café Weltschmerz, Zach not only details how the search engine actually works to rank results but also explains how Google may edit content. Like their translation service deleted the word ‘covfefe’, after president Trump used it in 2017 and how Democratic Presidential Candidate Tulsi Gabbard was removed from Google top results after she won one of the debates. Further, Zach talks about how Google has played a role also in destabilizing countries in foreign regime change politics.
Zach explains how Google would also use Wikipedia to rank their search results, even though Wikipedia is not to be considered an authoritative source of information. When Rico mentions that the whistleblowing on the removal of covfefe and the biblical meaning of the word was up on Wikipedia, that came as a pleasant surprise to Zach. We learned after ‪the interview‬ was recorded, than the battle for the content of that particular Wikipedia page was going on even while we were recording. Since Wikipedia holds a history of edits, you could look up the edits made on November 20th 2019, via the links below and find the ones that include Zach and the meaning of the word.
Meanwhile in Europe, in the Netherlands the Minister of Internal Affairs assessed in October 2019 that rather than Google or Facebook it was ‘fake news’ and ‘alternative media channels’ that posed the bigger problem she intended to pro-actively put control over. She wrote to parliament that according to research she had done, a search engine manipulation effect was not happening in the Netherlands.
Rico Brouwer previously interviewed dr. Robert Epstein, who has done extensive research into the Search Engine Manipulation Effect on elections in different countries where Google is being used. They discussed the far reaching implications and threat to democracies worldwide, including the Netherlands, by Google. The interview with Robert Epstein can be found in the links below.