The Russians and their elites have grown up; Stan van Houcke and Gilbert Doctorow

Gilbert Doctorow, member of the international observer mission to the Russian presidential elections in Crimea. His final conclusion is that the recent re-election of president Putin shows a tremendous leap forward in Russian self-awareness and national pride. The Russians and their elites ‘have stopped looking abroad for validation. They have grown up.’ 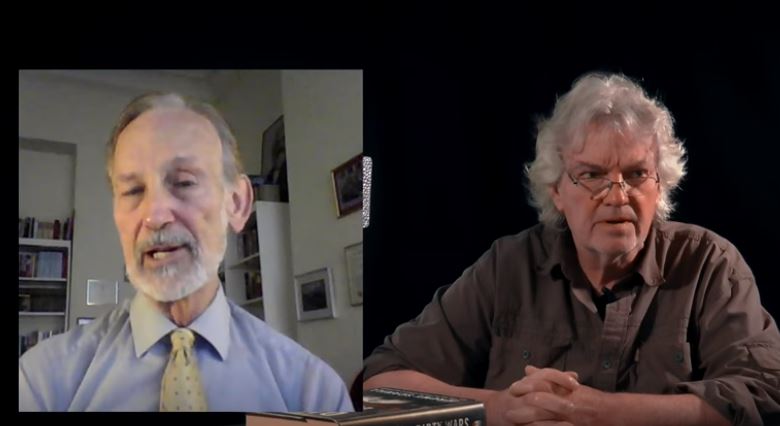 Gilbert Doctorow is a professional Russia watcher and actor in Russian affairs going back to 1965. He is a magna cum laude graduate of Harvard College (1967), a past Fulbright scholar, and holder of a Ph.D. with honors in history from Columbia University (1975). After completing his studies, Mr. Doctorow pursued a business career focused on the USSR and Eastern Europe. For twenty-five years he worked for US and European multinationals in marketing and general management with regional responsibility. From 1998-2002, Doctorow served as the Chairman of the Russian Booker Literary Prize in Moscow.
A number of his early scholarly articles on Russian constitutional history under Nicholas II drawn from his dissertation remain ‘in print’ and are available online. Mr. Doctorow has also been an occasional contributor to the Russian language press including Zvezda (St Petersburg), Russkaya Mysl (La Pensée russe, Paris) and Kontinent (a journal sponsored by Alexander Solzhenitsyn) on issues of Russian cultural and political life. He regularly publishes analytical articles about international affairs on the portal of the Belgian daily La Libre Belgique.
Mr. Doctorow’s current research interest is trends in U.S. area studies programs. He is a Visiting Scholar of the Harriman Institute, Columbia University during the 2010-2011 academic year.
Help Café Weltschmerz en onze toekomst met een donatie of adopteer een aflevering: NL23 TRIO 0390 4379 13. https://www.cafeweltschmerz.nl/doneer